The NEWNAN KENNEL CLUB was established in 1976 by a concerned group of dog enthusiasts residing in the Newnan/Coweta area. The primary reason for the Clubs inception was, and continues to be, the advancement of all breeds of pure-bred dogs, particularly at the local level.

In addition to regular meetings, the Club held fun matches, obedience classes, and programs. A Constitution & By-laws was adopted, and the Club was incorporated. In 1979, the AMERICAN KENNEL CLUB approved the NEWNAN KENNEL CLUB for SANCTIONED B-OB status. This meant that the Club could hold events under AMERICAN KENNEL CLUB Rules and Regulations, for Breed and Obedience competition. Two B-OB matches were held per year. In 1982, the Club was approved to hold A-OA Sanctioned Matches. After (2) qualifying A-0A Matches, the Club became eligible to hold licensed Dog Shows and Obedience Trials.  Following 10 consecutive years of AKC Shows and Trials, our Club became a member Club of AKC.  The American Kennel Club is a "Club of Clubs".  There are no individual members.

The Newnan Kennel Club's first Dog Show and Obedience Trial was held September 29, 1984, at the Newnan High School.  This  was the only time the High School was used as other, larger show sites became a necessity.  During the early days of our Club, we held our shows in various locations near Newnan. This included Henderson's Auction Barn, the Renaissance Festival Grounds,  Powers Crossroads Country Fair parking grounds and the Coweta County Fairgrounds.  As the concept of "Clusters of Dog Shows" became the "norm",  our Shows have moved out of the Coweta County area.  In 2021 our Shows were cancelled due to the COVID pandemic.  In 2022, our Shows will be held in Perry  at the GEORGIA INTERNATIONAL FAIRGROUNDS AND AGRI-CENTER.   The dates are June 2nd and 3rd, followed by the Columbus KC on June 4th and  5th.   We continue to hold our Spring Match locally at the Coweta County Fairgrounds. The date for 2022 is March 19th.  Our next event will be "Fast Cat" at the Coweta County Fairgrounds in October.

We currently have about 50 members. Everyone is active in some way or another.  Some members are breeders, others are conformation and companion events enthusiasts. Many  of our members participate because of their love for dogs! They enjoy the socialization and work diligently on all Club events. 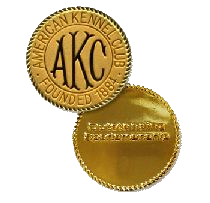 This award honors those individuals who deserve special recognition that have made a difference in the sport of purebred dogs, embodied the AKC Code of Sportsmanship, and have been an active and valued member of an AKC member club. 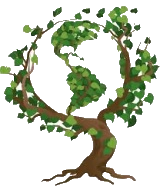 Donations for 2020 & 2021 were deferred due to the pandemic cancelling our events that generate income.  We are in hopes of generating future income thru our Shows and other events which will allow us to resume our contributions to worthwhile dog-related charities.

In December 2019, our Club was pleased to make donations to the following local organizations supporting our beloved canines: